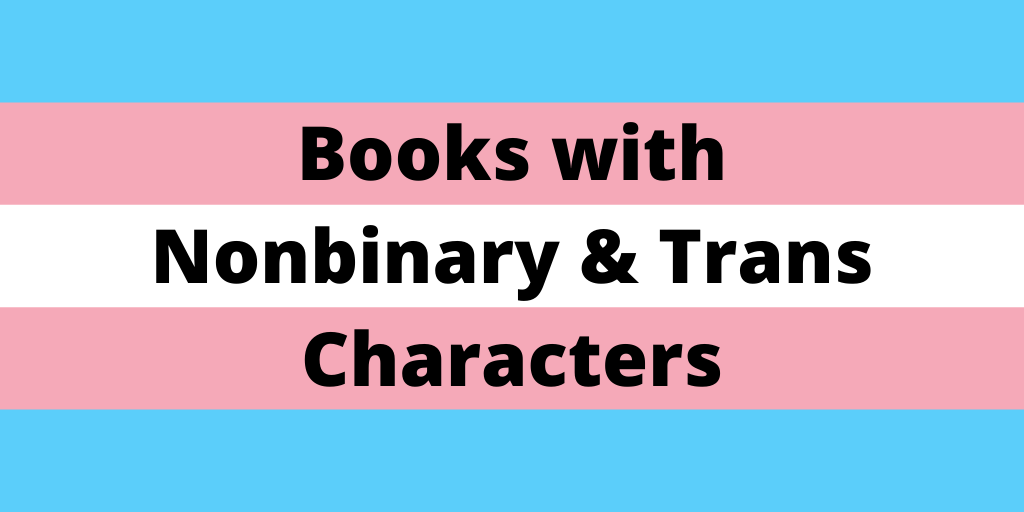 I had decided early on to include a puzzle featuring nonbinary and trans characters in the Crossword Challenge, but with trans people still being killed for who they are and celebrities such as JK Rowling making transphobic statements, it feels more timely than ever to feature books with trans representation.

By the way, if you feel that JK Rowling’s statements aren’t anti-trans, take a look at this Twitter thread that explains why they are.

This week’s puzzle includes more than twice as many books as the previous puzzles because I wanted to feature books with nonbinary characters, trans women, and trans men.

Trans is often used as an umbrella term that includes people who are transgender, nonbinary, agender, bigender, genderfluid, genderqueer, etc.—so basically, anyone who isn’t cis. Not all nonbinary people identify as transgender, though.

Trans or transgender also refers to people whose binary gender identity doesn’t match the sex they were assigned at birth.

Nonbinary refers to gender identities that fall outside of the gender binary. Nonbinary people—sometimes called Enby (from NB)—don’t or only partially identify with the male/female categories or the experience of gender as a binary.

If this is the first time you are solving one of my book-themed crossword puzzles, take a look at the rules.

Here are the clues for the Books with Nonbinary & Trans Characters puzzle:

Check back for hints

If you are struggling to solve the puzzle, check back this weekend. I’ll invite the authors to post hints in the comments section of this blog that will help you solve the puzzle. Some authors will also drop by my Facebook Reader Group to give you some hints.

Once you solved the “nonbinary & trans characters” puzzle, send me the solution phrase, and you’ll be entered into the drawing for an ebook copy of:

To be entered into the drawing, send me the solution by July 18, 10 a.m. CET. I’ll draw the winners using a random numbers generator.

You’ll find my email address on my contact page.

If you haven’t solved all the previous puzzles yet, you can still do so! For every solution you send in, you get an entry into the drawing for the grand prize.

If you’d like to get all future Crossword Challenge posts sent to your in-box, subscribe to my blog.