Starting today, my brand-new short story “A Place to Call Home” is available everywhere, including Amazon worldwide and Ylva!

It’s part of the Oregon series and picks up right after the end of my sapphic historical romance Backwards to Oregon, which is my most popular novel. Luke and Nora have survived the dangers along the Oregon Trail, but now they have to find a new home and grow as a couple.

At 13,000 words, it’s considered a novelette (longer than a short story, but shorter than a novella).

Since the reading companion for my novel Chemistry Lessons was so popular with readers, I put together one for “A Place to Call Home” too. I hope you enjoy looking at some pictures and videos while you read so you can imagine the setting and what Luke and Nora are doing as they build their home.

I sorted the pictures and descriptions below in the order in which they occur in the story.

The story opens in Oregon City, which was the capital of the Oregon Territory in 1851 and its biggest city, with a population of 900.

Here’s a painting of Oregon City painted by John Mix Stanley in 1852. If you look closely, you can make out covered wagons on main street.

Here’s a link to another drawing of Oregon City from the 1850s. In both drawings, you can clearly see the bluff east of town, later named Singer Hill Bluff.

Luke and Nora had traveled from Missouri to Oregon in a covered wagon.

As you might remember from Backwards to Oregon, their wagon was drawn by several yokes of oxen. While Hollywood makes us think it was mostly horses pulling the wagons, pioneers usually preferred oxen to horses or mules because they were sturdier and more reliable.

The ox team wasn’t steered from on top of the wagon seat but by walking next to the wagon. Here’s a photograph that gives you a good idea. 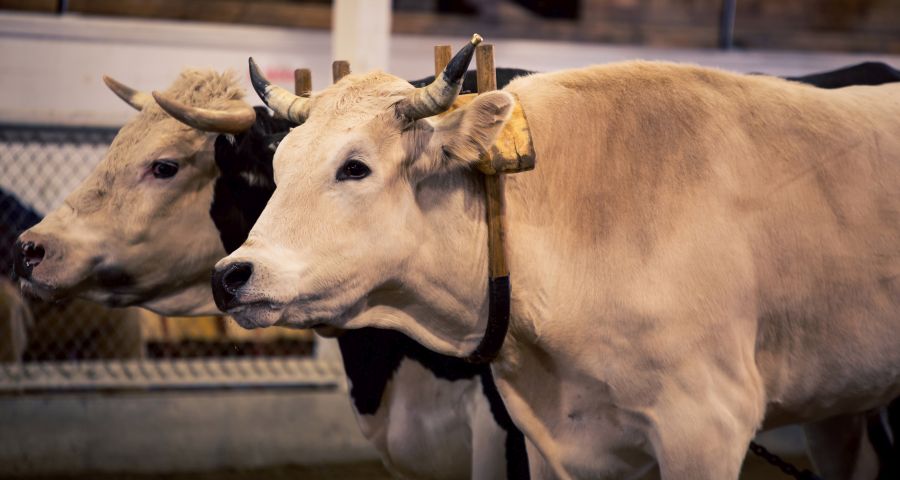 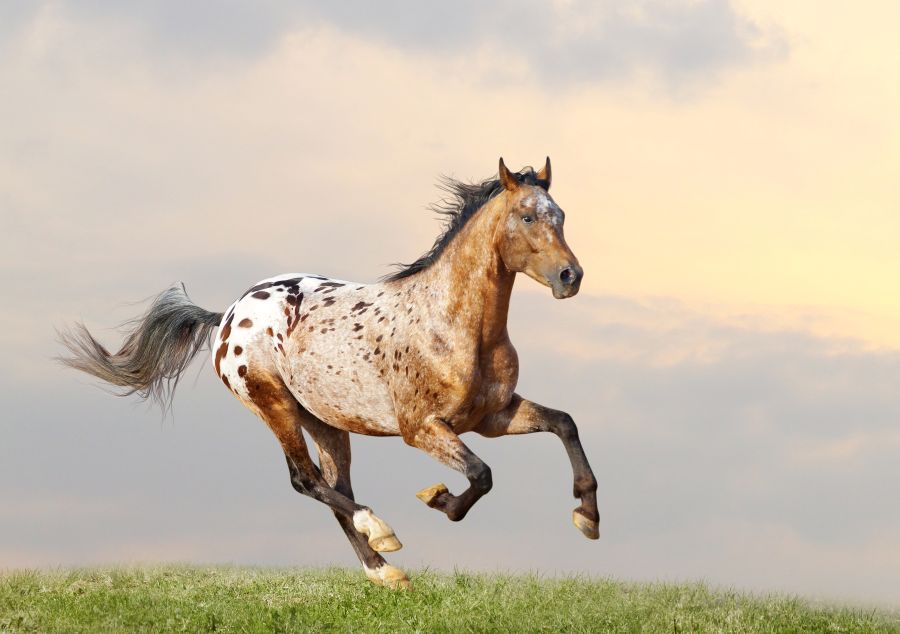 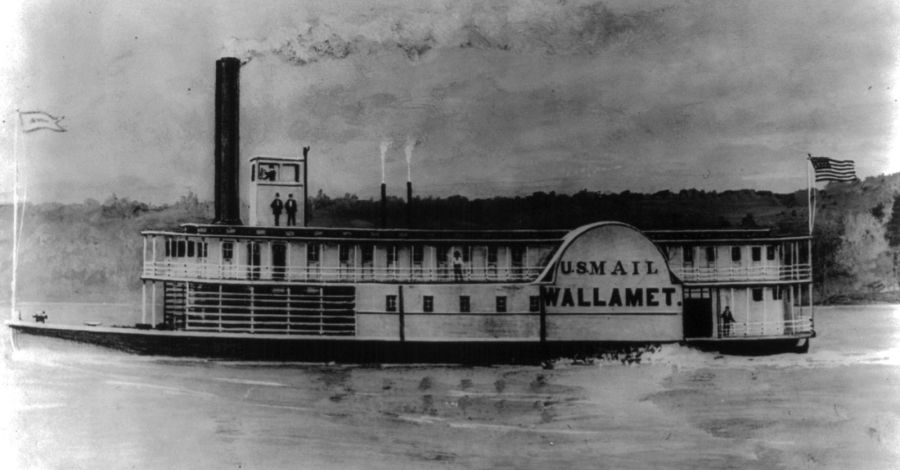 The landscape looked very different in the 1850s from today, so I can’t share a photo to give you an idea of the scenery. The Willamette Valley was covered by a lush oak savanna–open grassland with clusters of mostly oaks.

There are efforts to restore and save the remains of oak savanna in the West and Midwest. Here’s a documentary about it.

Below is a photo of oak savanna in California. The grassland in Oregon in October would be greener, of course.

A flock of Canada geese points Luke and Nora in the right direction. You have probably seen them fly in a V-formation. They fly like that to take advantage of the updraft created by the wing tips of the bird in front of them, conserving energy. 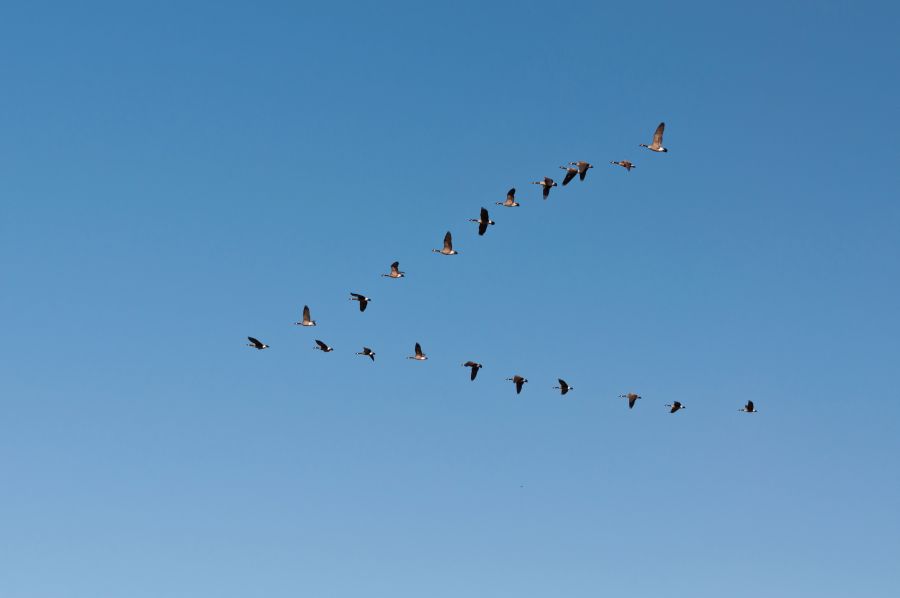 Luke and Nora also hear an Osprey. If you wonder what they sound like, here’s a short video.

Once pioneers arrived in Oregon and picked a piece of land, the first thing they did was to build a log cabin. It was usually a crude structure that was only meant to last them for a year or two, until they could build a bigger, better home.

The pioneers removed the bark from the logs to avoid their home being infested by insects. The tool they used to debark trees is called a drawknife. This is what it looks like: 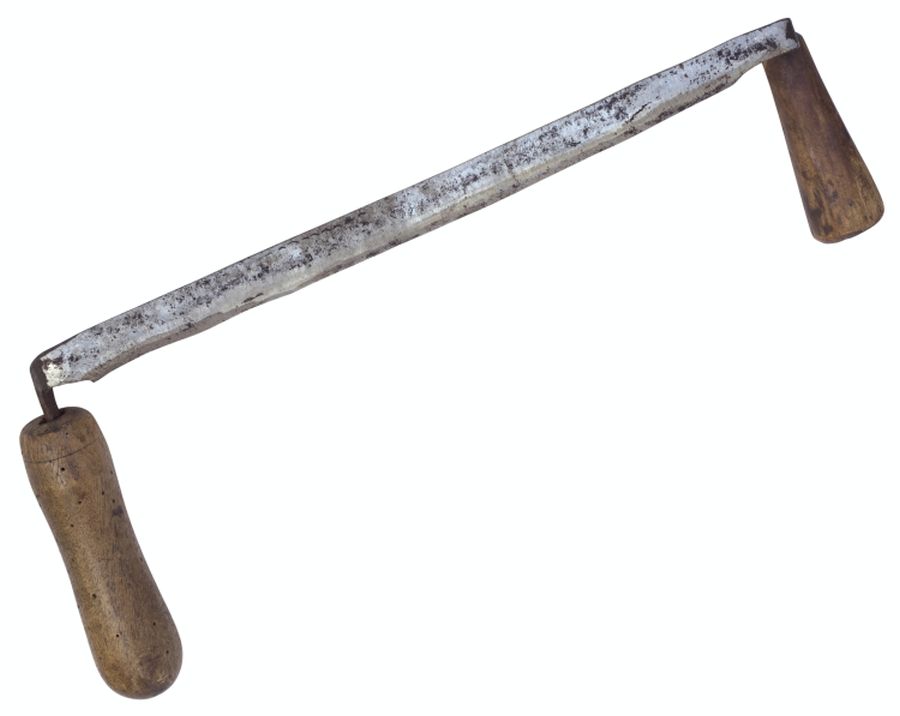 Here’s a video that shows you how a drawknife is used to peel the logs.

Once the logs are debarked and a foundation laid, Luke and Nora start to raise the walls of their cabin.

Here’s a video that shows you how pioneers built their log cabins. Instead of using nails, which were too expensive, they interlocked the ends of the logs with notches, which gives the cabin that characteristic look with extended log ends.

The notches they use in the video are V-notches, while Luke and Nora chose to use saddle notches–a round notch that fits exactly onto the log below like this:

In this video, you will see how the saddle notches are done.

The higher-up logs were moved into position with the help of ropes and forked sticks like in this video. The video also shows you how the gable ends and the rafters were built.

Once the walls and the roof were up, pioneers had to fill the spaces between the logs to keep the wind, rain, and cold out. First, the gaps were filled with rocks, pieces of wood, moss, and horsehair. This process was called chinking. Then it was daubed with a mixture of clay, mud, and some fibrous material such as straw…or cow or horse manure!

This video shows you the chinking and daubing process.

Once they were done, their log cabin might have looked like this (except Luke and Nora didn’t have the time to hew the logs to create flat surfaces; instead, they used round logs): 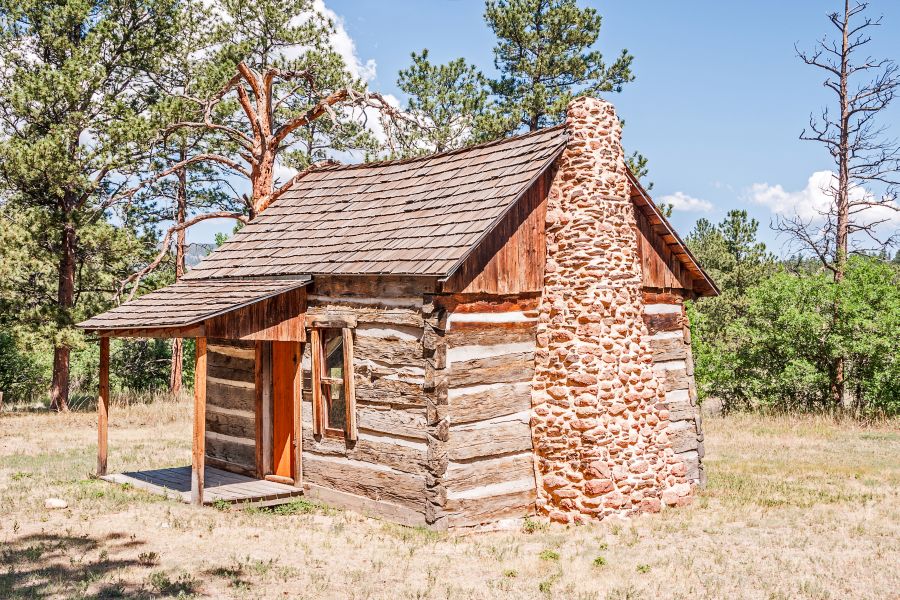 As you can see, most log cabins had the chimney on the outside to reduce the chance of the cabin catching fire.

The cabin door was kept secured by a latch and could be unlatched with a string that was threaded through a hole in the door. This blog explains how it’s done.

In the last scene, Luke makes a pair of stirrups for Amy. Apparently, stirrups for children really exist. Here’s what they look like today.

I hope you enjoyed “A Place to Call Home” and this reading companion! If you did, would you mind writing a short review and posting it where you bought the book? It doesn’t have to be long. A sentence or two would be great!

Thank you and happy reading!