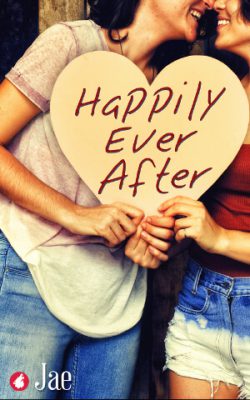 Happy ending guaranteed in each of these short stories

The Romance Bet
Reporter Abby James prides herself on never having read a romance novel. She thinks they’re formulaic, shallow, easy-to-write drivel—until romance author Tamara Brennan challenges her to write one. Is it possible that Abby will find the outcome of that bet not so predictable after all?

Sex Sells
Lesbian mystery writer Mara McKinney has had a crush on her editor, Hayley, for ages, even though the two have never met face-to-face. When Hayley calls her to suggest she introduce more romance into her novels, this might be Mara’s chance to work on her own happy ending.

Blind Date at the Booklover’s Lair
Even though Tricia pens lesbian romances for a living, she hasn’t been out with a woman in forever. Her best friend sends her on a blind date in a bookstore, but the woman she meets in the LGBT section isn’t who Tricia thinks she is. What will happen when the wrong date turns out to be just right?

Christmas Road Trip
Meghan Webster is having the worst day ever. It’s Christmas Eve, and she’s stuck on a bus, heading to a location she doesn’t want to go. That is, until the doors of the bus open and a cute woman in a pair of tight bicycle pants climbs aboard.

The Christmas Grump
For Rachel Lewis, a security guard at the mall, the holiday season is one big headache. She wants nothing to do with the celebration of love, peace, and family harmony. Her disenchantment with the holiday slowly begins to change when she meets seven-year-old Tyler and his mother.

Kissing Ms. Santa Claus
Rachel is counting the days until she and Lillian celebrate their first Christmas together as a couple. She is filled with longing for only one thing to make her holiday complete: a long-term commitment from Lillian. She sets out to find the perfect gift that will reflect her love and devotion.

The Christmas Elf
Rachel wants to propose to her girlfriend. To earn the money for the ring, she plans to take a second job as the mall Santa Claus. But luck is not on her side, so Rachel finds herself with bells on her toes, playing a Christmas Elf.

Seduction for Beginners
For Annie, work always took precedence over romance. But now, recently come-out and involved in a relationship with a woman for the first time, she is determined to seduce her girlfriend, Drew, on Valentine’s Day. Unfortunately, she has no clue as to the arts of seduction.

Change of Pace
Kade’s homophobic mother is coming to Portland for a visit. Her timing couldn’t be worse. Not only is Kade newly in love with a woman, but she also promised to help her friends move in together. Instead of going to art museums, they will now help U-Haul a lesbian couple. Kade tries to tell herself it’s going to be a nice change of pace, but she knows better.

Facing the Music
Pop star Leontyne Blake is about to introduce her new songs to her fans. But is her relationship with small-town nurse Holly ready for her return to the stage?

Whining and Dining
Lucia Sorrentino may come from a long line of chefs, but her attempts in the kitchen always turn into a recipe for disaster. Unfortunately, she’s just as untalented when it comes to her love life. She calls on her best friend, Remy, to help her wine and dine a woman. Will it become another cooking nightmare, or can she pull it off?

The Midnight Couch
At 30, Paula, a technician at a radio station, feels a bit ridiculous for having a crush on Dr. Christine Graham, host of a late-night radio show. Every night when midnight approaches, she vows that this will be the day when she asks Christine on a date—only to chicken out every time. But when Christine hosts a special show about revealing secret love on Valentine’s Day, Paula suddenly finds herself on The Midnight Couch.

“I’m a big fan of short story anthologies and reading this one made my day.” 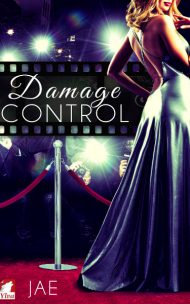 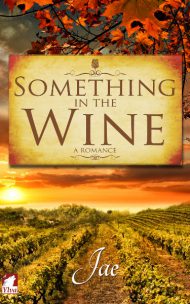 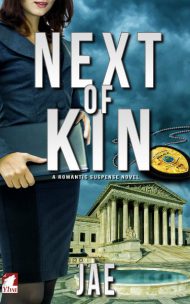