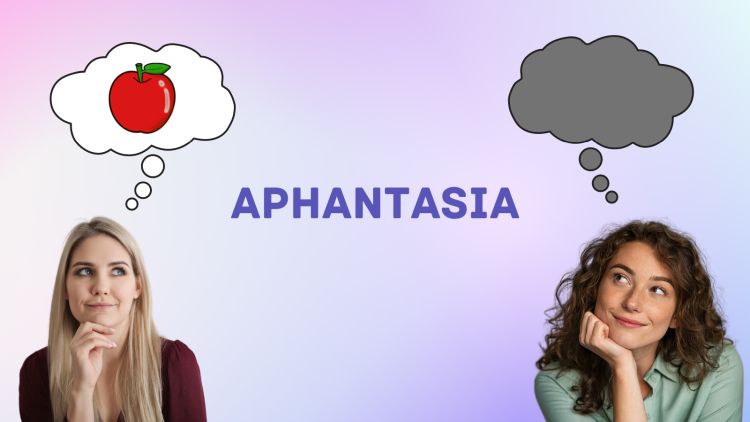 If you have read my newest novel, Just a Touch Away, you know that Hannah, the professional cuddler, has aphantasia, and so have I.

Like most people, you’ve probably never heard of aphantasia before reading Just a Touch Away. Aphantasia is the inability to voluntarily form mental images.

Up until a few years ago, I had never heard of it either, even though I’ve had it all my life! We all tend to assume that other people think and experience the world the same way we do. I assumed the same, so it came as a surprise when I discovered that other people can visualize things in their mind’s eye—they really do “see” sheep jumping over a fence when they are counting sheep, and apparently, picturing people naked to help with public speaking isn’t just a joke! Who knew?

As I found out, human minds are actually very diverse.

Like many other traits, the ability to visualize exists on a spectrum. If you’d like to find out where you fall on that spectrum, you can take the VVIQ (Vividness of Visual Imagery Questionnaire). Most people can visualize to a certain extent. Some have crystal clear mental images, while others have images that are a bit blurry. A few people even have such vivid mental images that it’s hard for them to tell what is real and what is only in their imagination (which is called hyperphantasia)! On the other end of the spectrum are aphantasic people like me and Hannah from my recently published novel Just a Touch Away. They make up about 2-3% of the population.

If you tell me to imagine a beach, an apple, or my mother’s face, I’m not able to do it, no matter how hard I try. I know what an apple is; I can describe a beach; and I know what my mother looks like, but I can’t see any of it in my mind. Here’s how Hannah describes it to Winter in Just a Touch Away:

“So when you close your eyes and try to imagine something…let’s say my face…there’s no image? Not even a blurry one?” Winter asked. “You have no idea what I look like?”

Hannah closed her eyes as if going along with Winter’s experiment. “No image at all. But I know exactly what you look like—short, silver hair; blue eyes; striking cheekbones.”

It was interesting to hear Hannah describe her. So she thought her cheekbones were striking? Not that it mattered, of course.

Hannah opened her eyes, and their gazes met. “It’s like a list of facts, without an associated image. Same for your voice. I know it’s deeper than mine and a little husky, but I can’t hear it in my mind.”

Not every person with aphantasia is the same, of course. The only thing they all have in common is the inability to voluntarily form mental images. Notice that I said voluntarily. About half of people with aphantasia dream in images (I sometimes do, but for the most part, I just know where I am and who is there instead of seeing places and people); the other half doesn’t dream visually, and some even say they don’t dream at all.

For some aphantasic people, only visual imagery is affected, while for others (including Hannah and me), it extends to all sensory modalities—they can’t conjure up sound, taste, smell, or touch in their minds either.

Each of these modalities exists on a spectrum too. As far as I can tell, most people have better visual and auditory imagery skills, while imagining smells or taste is less vivid, but there are people who can mentally add ingredients to a dish and “taste” it in their minds!

Aphantasia is not a disability, but it comes with some interesting challenges

Aphantasia is not a disability; it’s just an unusual variation of the human experience. It falls under the neurodiversity umbrella. Interestingly, recent studies show a link between aphantasia and other forms of neurodiversity such as autism and ADHD. People with aphantasia are more likely to be on the autism spectrum or to have ADHD, but, of course, that doesn’t mean that every aphantasic person is autistic or has ADHD or that every person with ADHD or every autistic person has aphantasia.

While aphantasia is not a disorder or disability, there are disadvantages that come with it, just like with every other way your brain works. Not having mental images affects how you learn and how your memory works.

Benefits of having aphantasia

There haven’t been any studies on the advantages of having aphantasia, but there’s one thing I have heard mentioned by so many aphantasic people that I think there’s a connection: The main advantage of having aphantasia seems to be that aphantasic people tend to live in the moment instead of being stuck in the past or daydreaming about the future. We can let go of things more easily because we don’t continue to replay unpleasant moments from the past.

I’ve discussed what the reading experience is like for people who don’t have aphantasia with the readers in my Facebook group, and what they described sounded like magic to me:

Many experience reading like having a movie playing in their minds. Some readers cast celebrities in the roles of the characters, while others have a clear image of the setting and the characters’ actions but only a blurry image for the characters’ faces.

Some people “hear” a voice in their minds when they read. For many, it’s their own inner voice. Some hear the voices of celebrities they casted as the characters. Some readers told me that if they have listened to the audiobook or have heard the author in an interview, they hear the narrator’s or the author’s voice reading the story to them. There are even readers who have such a strong association between a certain narrator and a certain author that they hear any book of the author as if it were narrated by that narrator, even if the audiobook hasn’t been released yet!

The vast majority of readers in my Facebook group reported being able to see and hear the characters and the setting. Most can also “taste” dishes that are described in a book, especially if it’s a dish they’ve had in the past. About half of the readers in my Facebook group can also “smell” any scents that are described in the book.

Here’s how one reader described her experience of reading my novel Backwards to Oregon: “I hear the creak of the wagons, smell the dust of the trail or beans and bacon cooking over the fire, the wood smoke, or hear a harmonica playing.”

For readers with aphantasia, that inner movie doesn’t happen when they read, and if auditory, gustatory, and olfactory imagery are affected too, they also don’t hear the characters or an inner narrator, and they don’t taste or smell any of the things that are described in the book. That might be the reason why many aphantasic people struggle with reading fiction and prefer nonfiction. Even if they enjoy reading novels, many aphantasic readers skip or skim long descriptive passages.

Personally, I have always been an avid reader and can easily lose myself in the pages of a good novel, even though I don’t get that 3D experience. I read for the characters and their emotions, which is probably why romance is my favorite genre. That’s why I enjoy novels more than movies: I care more about what’s going on in the characters’ heads than about what’s happening on the outside. Movies can’t give us that insight.

Studies show that aphantasic people are often drawn to jobs in science, mathematics, or technology and are less likely to work in creative jobs, but there are plenty of aphantasic artists and writers. A lack of mental imagery is not the same as a lack of imagination! I’ve been a writer for 30+ years and have published 23 novels, so I can say with confidence that good visualization skills are not a prerequisite for being a writer.

For writers who don’t have aphantasia, the writing process seems to be a lot like the reading process I’ve described above for readers without aphantasia. Many authors use their visualization skills when writing their stories; they “see” the plot unfold like a movie in their minds. Other authors “hear” their characters talk.

Writers with aphantasia can be just as creative as any other writer, but they will have a different writing process, especially if their aphantasia affects all mental senses.

You’ll find interviews with all the aphantasic writers of sapphic books I could find below, including a description of how having aphantasia influences their writing.

People with aphantasia are still very underrepresented in fiction. I only know of two sapphic books (or any books in general) featuring a character with aphantasia:

Just a Touch Away by Jae

Write for Her by Kim Hartfield

A free short story sequel to Just a Touch Away 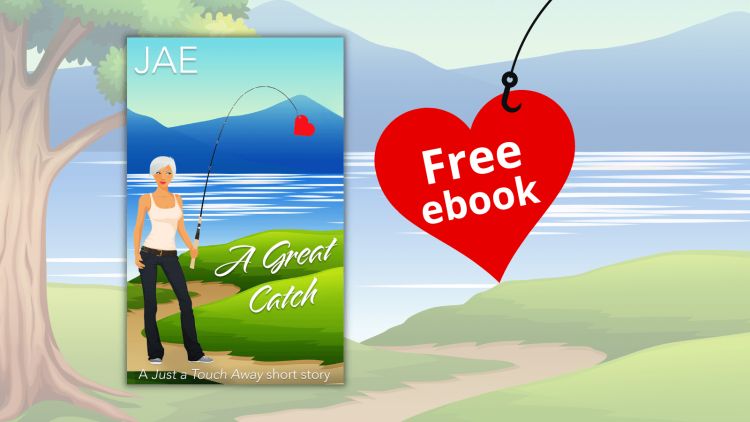 Hannah, my aphantasic character, and her love interest, Winter, didn’t want to say goodbye, so I wrote a short story sequel. If you’d like to read it, you can download “A Great Catch” as a free ebook!

Sapphic fiction authors who have aphantasia

Click on each author’s name to read an interview with them:

Where do you fall on the spectrum between aphantasia and hyperphantasia? Do you picture characters and setting while you are reading? Please let me know in the comments!

27 thoughts on “Being a writer when you have aphantasia”