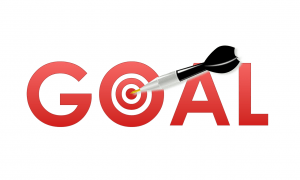 Like for many of us, the beginning of a new year is a time to look back at the past year for me—and a time to make plans and goals for the new year. Goal setting has helped me a lot as a full-time writer.

I did achieve that goal, but the second novel wasn’t the one I expected.

I published Just for Show, a romance novel about a fake relationship, in February. Novel #2 wasn’t another book in the Portland Police Bureau series, as I had planned, but a workplace romance titled Paper Love.

I actually published not four, but five novels in German. I translated Shaken to the Core (Aus dem Gleichgewicht), Just for Show (Alles nur gespielt), Paper Love (Tintenträume) and Backwards to Oregon, which was published in two parts (Westwärts ins Glück Band 1 & 2).

Co-author a novella set in Germany.

That’s one goal that I didn’t accomplish—or at least not the way I had initially planned. I did write Paper Love, but I ended up writing it alone and turning it into a novel. I guess that’s what happens when you set a book in your beloved hometown.

Attend the GCLS conference in Las Vegas in July and at least one literary event in Europe.

That’s another check mark on my list of goals for 2018. I attended the GCLS conference in Las Vegas in July—surviving temperatures of up to 114°F!—and the EllCon (European Lesfic Literary Conference) in Bristol in August, with much more pleasant temperatures. I also attended the book fair in Frankfurt in October, where a uniformed police officer dragged half a dozen of her colleagues to the Ylva Publishing booth so I could sign a book for her.

Continue to give back to the community of LGBT readers and writers.

I think I can consider that goal accomplished too. I ran Lesbian Book Bingo, a year-long reading challenge for lesbian and f/f books, and I got wonderful feedback from hundreds of readers who enjoyed it.

Yeah well… That one was a success for part of the year. Sometimes I managed to work out three times a week and take a walk during my lunch break; sometimes I didn’t.

That one was a partial success too. I did read about two dozen lesbian books in 2018, but I didn’t quite manage to complete my entire bingo card since a lot of the books fit into the same squares. My favorite tropes of the year seemed to be sports romances (4 books), characters with a disability (4 books), and fake relationships (3 books).

There were also some accomplishments and highlights in 2018 that I hadn’t actually planned:

My first novel for 2019 will be Not the Marrying Kind, a romance between an easygoing, 6-foot baker and a closeted florist. In the second half of the year, I’ll publish another contemporary romance before I’ll get started on book 3 for the Portland Police Bureau series.

I’m hoping to translate Not the Marrying Kind and my historical romance Hidden Truths into German in 2019.

I would like to write at least two short stories in 2019—one will be a follow-up to Just Physical and will be part of an erotica anthology. The other one will be a sweet, romantic short story sequel to Perfect Rhythm.

Attend the GCLS conference in Pittsburgh in July and the book fair in Frankfurt in October.

I’m planning to once again make it across the big pond to attend the GCLS conference, this time in Pittsburgh. While I’m in the US, I would also like to see some of the places my characters in Just for Show visited in New York City. In October, I’m planning on attending the book fair in Frankfurt for the eighth time in a row.

Continue to give back to the community of LGBT readers and writers.

Like every year, I’d like to find a way to give back to the community of LGBTQ readers and writers. In 2019, I’ll host a series of authors interviews, and each one will include a giveaway, a free book, or a reduced book.

Since I earn my living sitting at my desk, I’ll need to work harder to stay healthy. That means cutting out sugar except for very special occasions and trying to get in three workouts and walks every week.

As a result of Book Bingo, I put dozens (or more like hundreds) of new books on my to-be-read list. I’d like to find more time to read for pleasure in 2019. I’m hoping to combine the last two goals by listening to audiobooks while taking a walk at a nearby lake.